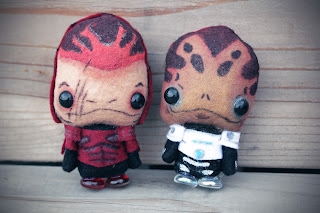 I am lucky enough to have a husband who totally loves and appreciates hand-made gifts. Errr...at least he pretends to. Either way, he shows a great deal of appreciation towards any gifts I make him, even if they are not the manliest things. :)

I don't often talk about Kevin or his interests since I mainly keep this as craft talk, but I will tell you that Kevin loves space and astronomy with a passion. His favorite movies and video games are all on he subject of space and he spends a great deal of time reading up and studying it.

I mentioned earlier, that we did not want to spend a lot of money of gifts this year and we are also trying to get rid of a lot of things and condense our belongings greatly. We do not want and certainly do not need any more nic-nacs or toys or stuff like that. So this year we both got clever with out gifts. He got me a mickey mouse cake that I posted on another entry, and I opted to get him a magazine subscription to an astronomy magazine. Both gifts are useful but not expensive and won't just end up collecting dust!

But I had to make him something. It just does not feel right to not make something for him on a holiday! So, at midnight the night before V-Day, inspiration struck and I decided to make him two tiny plushes to go with his new space magazine. Mass Effect is his favorite video game ever and he loves two of the alien characters, Wrex and Grunt. I couldn't think of two more appropriate characters to go with such a magazine. :) 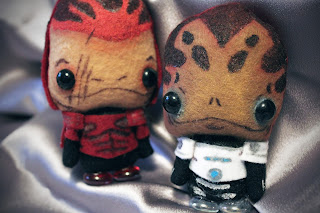 They are actually some pretty gnarly looking creatures and turning them into cutesy, flat little plushes was not an easy task by any means. 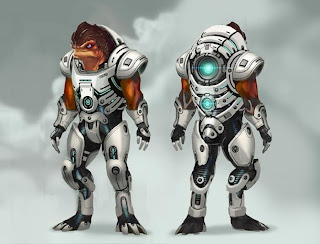 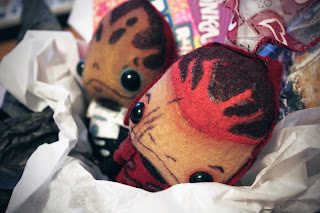 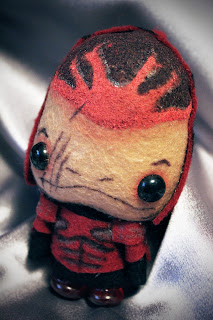 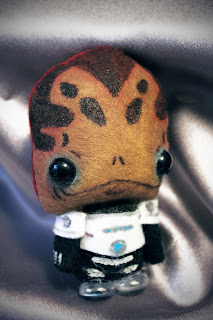 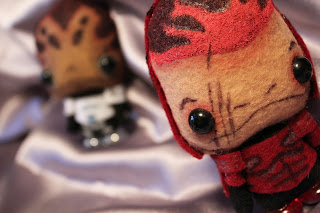 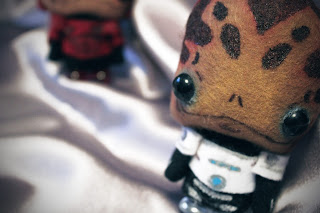 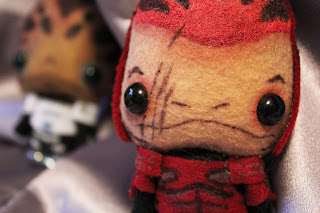 But, I managed to get them somewhat recognizable, and he loved them which is all that mattered to me. I hope you guys like them too! 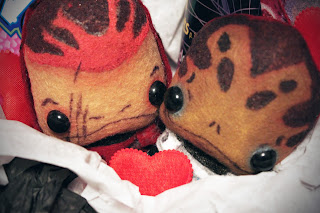 Hi! My name is Jenn and I am new to your blog. I went looking around and am simply AMAZED at your talent. You and I seem to have similiar tastes and I really admire you.

These guys look fantastic. I wish I had talent like yours.

Have a wonderful day!