The Doctor and The Dalek Take on Disney 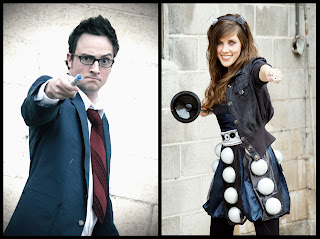 Okay, finally, I get to share my Dalek and Doctor costumes! Since Kevin and I worked so hard to get to Disneyland, we decided we need to do it big, and pay the extra money for the Halloween Trick or Treat party. Aaaannnnddd then we decided we need to dress up. You have to dress up at a Disneyland Halloween Party! Because of my obsession with Doctor Who and lack of time, we went with an easy but oh-so-fun Doctor and Dalek Combo! 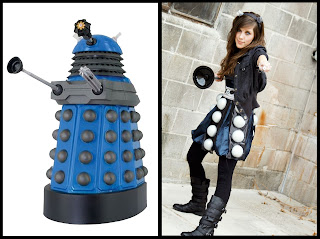 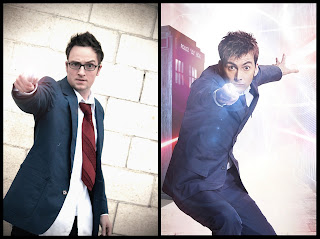 Kevin's costume was easy- I found the jacket at Goodwill for 2 bucks, I already owned the Sonic Screwdriver, and he had the white shirt and red tie and has awesome hair for the part. lol. We couldn't find blue pants, so he just wore black pants and his black converse, but we do plan to get him a full suit to do this again. The glasses are the dollar ones from Target. We just busted out the lenses. 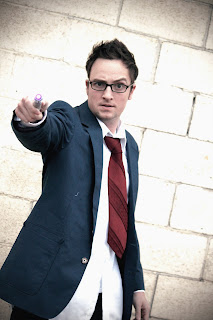 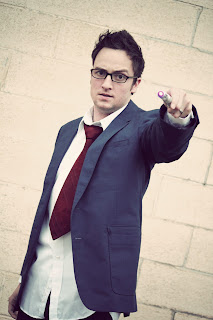 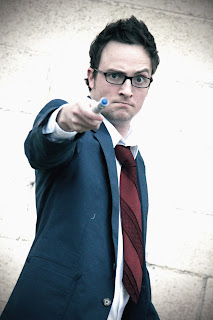 For my costume, I had to do a little more work, but not much. It was really simple! Basically, I made an apron to go over a dress.

I bought a blue dress at Ross for 12 bucks. When I brought it home, I realized I really loved it and would wear it to parties and such alone if I could. So instead of sewing things onto the dress I just made a very single silver sash. Just one panel folded and sewed then turned inside out. Easy! Then I bought a roll of tulle like stuff from the wedding supplies at Joann's. I cut out five panels of the same thing, sewed hems on every end, then sewed the panels onto the sash all side be side. I put them all in the middle to leave tying room for the sash. 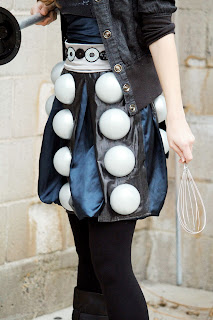 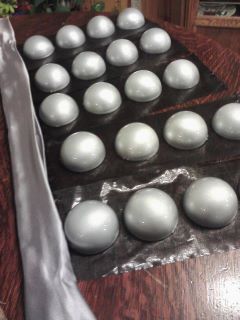 After that, with the help of Positori and her AMAZING Dalek Dress as inspiration, I bought clear ornaments from Joanns. The only difference I did that I have seen from other posts is that instead of spray painting the outside of the balls with a few coats and sealants for shine and protection, I just sprayed the inside of the balls with silver paint. It worked great! It made them protected from scratching, and left them shiny still. I traced the spheres onto tagboard, cut them out and then used Seal All to glue the rims to the tagboard. Then I used hot glue and Seal All to glue them onto the tulle. Not one came loose so it worked great! 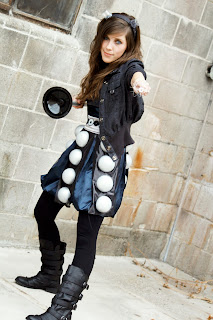 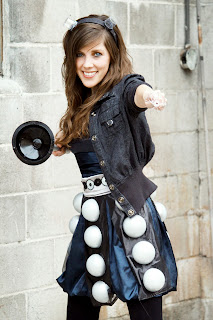 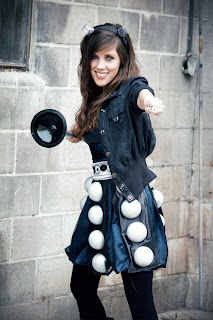 The costumes were a huge hit in the park! We had people taking pictures with us and we even met a few other Doctor's and a Tardis Girl. And the Dalek met her hero, Jack Skellington! 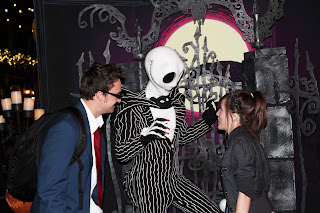 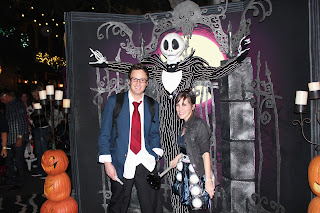 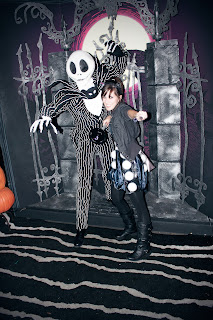 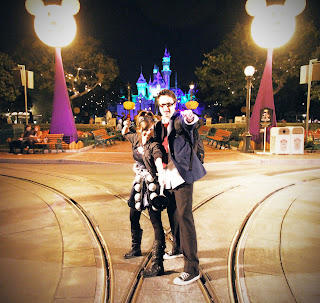 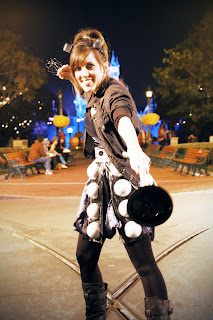