Matisyahu's New Official Tour Bus Mascot! I.E, a Tiny Plush I made for Him!

So as many of you know, I draw a lot of my inspiration from people and things I love. Well, one of my favorite singers ever is Matiyahu. I find him to be incredibly inspirational and especially uplifting. Whenever I am feeling down, I always turn to his music and he brings me right out of my funk with his positive and moving lyrics.
My husband and I have been lucky enough to see him every summer for the past few years, but this year I knew I wanted to give him a gift. I knew it had to be small so I could carry it into the concert and so that it wouldn't be a pain for him to have to take, so I knew I had to make one of my tiny plushes for him. I turned to one of my favorite videos of him and voila! Matisyahu in "One Day." 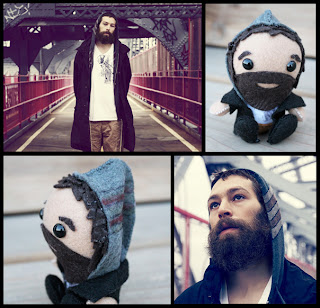 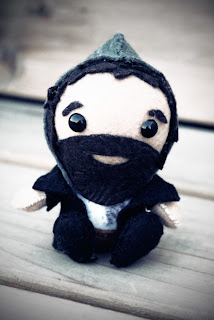 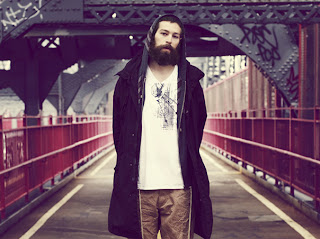 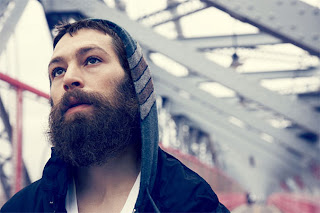 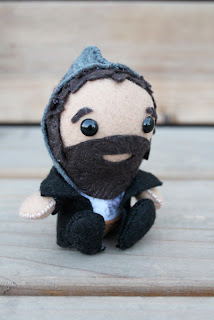 It is just over 3 inches- you can see how big he is in this silly picture I took before leaving for the concert. for size reference: 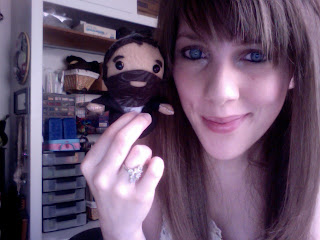 uckily, Matis is such an amazing person he did a free show before the actual concert at a store downtown so my husband and I got there early to get right in front. At the end of the show I was able to walk right up and hand it to him! He thanked me, held it up to show the crowd, and announced that it was going on the front of his tour bus to everybody! 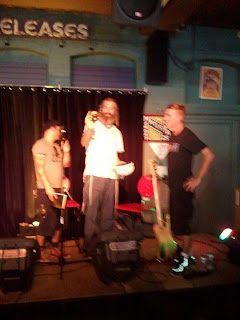 You can actually see me giving it him at the end of this video and barely hear him making his announcement!
It was an amazing night! The free show was brilliant, the concert was a blast, and meeting one of my heroes up close and personal and having him thank me for my art and show everyone was an experience I will never forget!
E.T.A.-
Nightengale mentioned that I should have included my info on the plush- not only was there a card tucked in the jacket of mini-Matis, I also gave out cards to people who wanted one and made a few sales and contacts! And I shared the plush on his facebook. :)

My Gallery of Worlds said...

you should have included a card or tag with it!!! if someone else where to ask, they'd see you info and come looking for you and your work!

congrats though!!! that is so awesome!!!

Nightengale- there was a card tucked inside, and I gave out cards to people who wanted one and have already been contacted! :D